Thembiso and her road to the A-List

You can almost hear Thembiso’s voice, even over the static medium of text.  The smiley faces and exclamation points that dot her responses paint the image of  a young woman whose face that’s just as expressive as her voice.  You wouldn’t be wrong in thinking this: a recent graduate living in California, Thembiso’s planning on making full use of her social skills to propel her to an anchor spot on E! News.

“It’s (the constant moving) definitely made me really social and friendly because I was forced to put myself out there in order to make new friends with each move.”

Thembiso Mawema was used to travelling around.  “My dad was a diplomat so I travelled a  lot but moved to Malawi, Kenya and Zim.”  2007 spelled the big move across the ocean to the United States, but after moving  around so often it wasn’t anything new for her.  Schools were on winter break when Thembiso and her family arrived, but she started school almost immediately after settling into her new home.  “That was definitely the biggest change, from going to a Zimbabwean private school like Convent to an American public school! Major shock! I went from an all-girls school were discipline was a big deal to a co-ed school where kids would make out in front of their teachers like it’s  nothing.”

“I got the most ridiculous questions a lot of the time tho like ‘how did you learn how to speak English so fast’, ‘do you have cars in Africa or did you ride elephants to school’.”

Apart from the usual comments on whether she lived in a hut or how could she speak such good English, she had no problems fitting in and finding friends.  Travelling and moving so often helped Thembiso hone her social skills and she’d learnt to adapt to new places and cultures.  She upgraded to university, where she graduated with a degree in communications this year.

“My goal has always been to be a host on E! News, but I just love entertainment, & pop culture & fashion so as long as I’m doing that I’m golden.”

Thembiso had always been set in her career goals.  “My endgoal is to be a host/tv personality”, she says, and true to form for Zimbabweans the world over, she’s started laying the foundation for her dream.  It all started with one of the newer social media platforms, Snapchat.  “I just used it like anyone else & people always tell me how much they enjoy them & how I need my own show. I was just being myself too so it was nice to see that people enjoyed that I suppose.”  Thembiso laughs as she thinks back to where she started.   She’s continued with her Snapchat stories (hosting a #AskThembi every Sunday) and now has her own blog and Youtube lifestyle channel:

Whilst Thembiso has started the journey to create her own brand, she did meet some initial resistance from her parents, who didn’t see entertainment journalism as a legitimate profession.  They naturally had other plans. “My mum has dreams of be becoming a lawyer  which would definitely be my first choice if I didn’t want to be an entertainer.  So I would say they definitely prefer me to do something else, but they support me in what I want to do which is more than I can ask for. My mom gives anyone and everyone the link to my blog to boast.”

“I want young guys and girls, to live the life they want for themselves, to not be afraid to not want to be an engineer.”

Thembiso hasn’t been back to Zimbabwe since her family moved, and being away for so long has had an effect on her connection to her old home.   She arrived in California when she was 14 and Thembiso spent the all-important adolescent period in a new surrounding.  However, she never let go of who she was and what she’d learnt when she lived in Zimbabwe.  Her parents and friends (those who are still Zim based) are her touchstone.  “Being close with them and them keeping me grounded and reminding me where I came from is what keeps it (her Zimbabwean identity) going.”  Although she hesitates on whether she’d permanently move back to Zimbabwe, Thembiso’s firm in her resolve to maintain and represent her Zimbabwean roots whichever platform she’s on.

You can check out  Thembiso’s work at www.justthembi.com,  as well as her Youtube channel.

One of the buildings along Simon Muzenda Street (formerly 4th Street)

A wider shot of the Reserve Bank and its surrounding buildings

The Reserve Bank stands against a Harare sky

Part of Dominican Convent Harare, the oldest school in Zimbabwe

Dominican Convent and the traffic along Selous Avenue 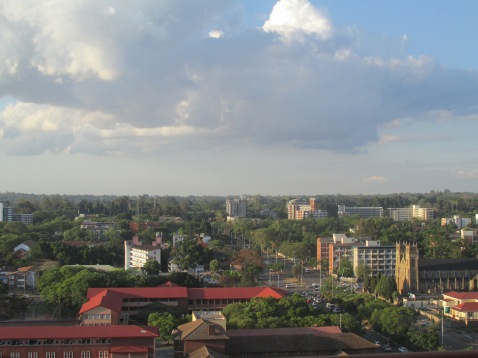 One of the many mountains in Honde Valley 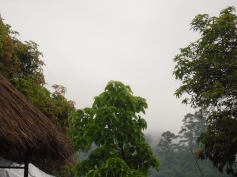 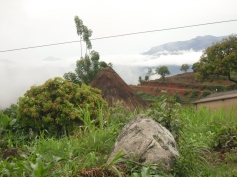 Some of the houses at Honde Valley, now connected to the electricity grid 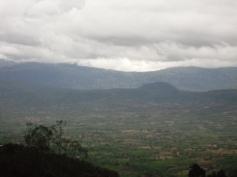 The mountain range at Honde Valley

The primary school at Honde Valley. It happens to be my mother’s old school

The fog creeping up from below in Honde Valley 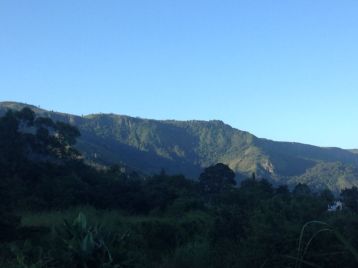 One of the many mountains at Honde Valley

A mountain of solid rock at Honde Valley

The rows of sculptures at Warren Park 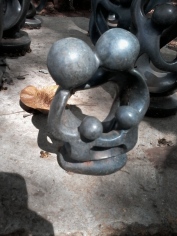 The sculptures at Warren Park, along the road to the National Sports Stadium

The sculpture garden near Warren Park

An elephant sculpture at Warren Park

The Warren Park sculpture garden is home to creativity 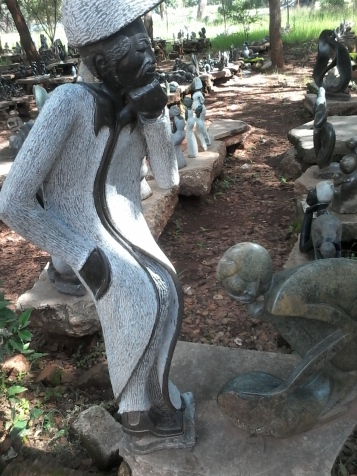 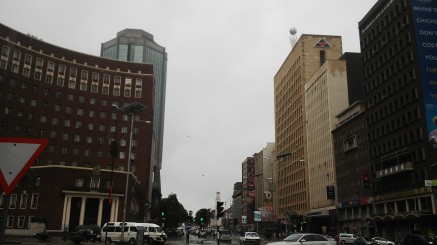 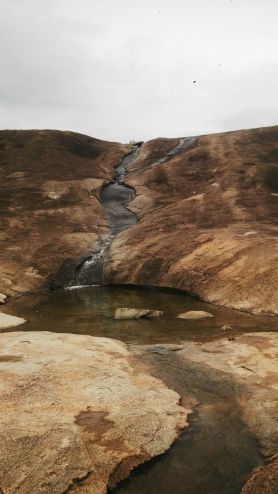 A pool of water at Domboshava 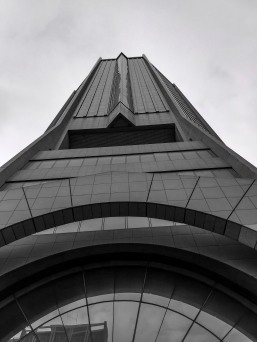 The Reserve Bank of Zimbabwe